XAP are working on a group project where artists explore and create work in response to the concept of The Uncanny Valley. In his eponymous 1970 essay, Japanese roboticist Masahiro Mori discussed people’s reactions to robots that looked and acted almost human. Mori argued that the more human a robot acted or looked, the more endearing it would be to a human being. Toy robots, Star Wars’ R2D2 and C-3PO, for example, produced an accepting reaction. However, the response would rapidly shift from empathy to revulsion as a robot approached, but failed to attain, a lifelike appearance. Things that are very nearly human, but just a little strange, such as a child’s doll, a ventriloquist’s dummy or a clown, produce a negative response. This descent into eeriness is known as the uncanny valley. Until recently, the concept of the uncanny valley has received almost no attention, but advances in robotics, computer-graphic animation and human-robot interaction revived interest in it in scientific circles as well as in popular culture. 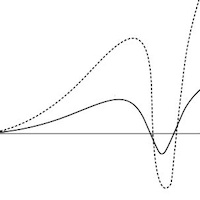